Nine Fun Facts About To The Core: An Education Podcast For Parents

To The Core: An Education Podcast For Parents launched earlier this week, aiming to answer parent questions about education. Highlighting professional educators and the award-winning teachers who tutor at The Community Classroom, the podcast hopes to help parents and caregivers feel more confident about supporting their children with homework and learning at home and feel more prepared to advocate for their children at school.

Below are nine fun facts about the “To The Core” education podcast that made us chuckle as we thought about the journey from the seed of the idea until today. May they bring a smile to your face as well. 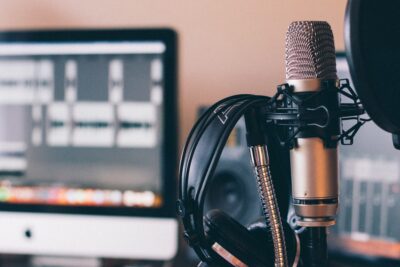 1. This is the second time the “To the Core” education podcast has been launched.

In 2010, podcast host Megan Allen launched a “To The Core” podcast for the Florida Department of Education in conjunction with the launch of  ITunes U statewide (remember iTunes?). This was one of her initiatives in her role as 2010 Florida Teacher of the Year. The podcast continued for several more Florida teachers of the year but has been defunct for almost 13 years. Now it resurfaces with a new logo and concept—the apple logo morphed to a pineapple and the podcast now gets to the “core” of a different audience’s questions: Parents!

2. Episode One was done at the request of a child.

When the first few episodes were recorded, Megan (the host) was at her sister’s house in Florida. When Megan’s seven-year-old niece heard about the podcast, she wanted in! When you listen to Episode One you’ll hear that Edith is no stranger to a microphone and that the pineapple doesn’t fall too far from the tree. Edith truly steals the show and can’t wait to record more episodes!

3. Four episodes were filmed with rabbits in the recording studio.

When Megan was starting to record the podcast series, she was at her sister’s house. Her sister had received 2 rehomed rabbits for Mother’s Day, who were amazing helpers during the initial podcast recordings. They did their part by jumping around with excitement, kicking bedding here and there, and binkying (look it up, folks). And in case you were wondering, the rabbit’s names are Penelope and Daisy.

4. Almost all the episodes were recorded over the summer.

Teachers work hard. Really hard. And we need them so much in our lives, we want to make their lives easier. So we decided to record the majority of our episodes in a time when it wouldn’t take away from a teacher’s main job—educating tomorrow’s leaders! We recorded the sessions in the summer when we weren’t cramping a teacher’s already too busy schedule and style.

5. To The Core has a Junior Producer.

Not only is she the Junior Producer, but she is the boss. She makes the calls about when recording stops and starts, she loves to add her voice into each recording, and she always has a lot to say to our podcast host (Megan). In fact, sometimes she yells at her in the studio. Our Junior Producer is Cora, the podcast host’s daughter! As a curious two-year-old, Cora was very involved (for better and for worse) in the podcast series.

6. The idea for “To The Core” came from a list of an ever-growing list of questions collected by The Community Classroom.

We talk to parents. A lot of them. And they have questions. A lot of them! So the logic was this: Why not create a show getting to the core of parent questions in appetizer-sized bites, that parents can listen to while mowing the yard or taking a walk around the block? So we started creating a list of questions from our conversations with parents, curating a list of the most-asked question to guide our podcast episodes. Have a question yourself? Submit it here and we’d love to address it, on the podcast or personally in an email

7. The podcast was inspired by Rachel Roger’s “Hello, Seven” podcast.

Who doesn’t love listening to an amazing business leader share inside tips about building a successful life? We’ve made it a habit at The Community Classroom to prioritize listening to and reading media created by women, particularly those who are typically underrepresented. But this podcast and host make it to the top of any list! Rachel’s mission is to help other female-business owners build their business to seven figures. We love her mission, we love her guests, we love her podcast!

8. Season Two will feature students and their parents interviewing teachers.

Season One features 15 episodes all focused on an educator/parent (Megan) interviewing expert educators. Season Two launches in the spring of 2022 with the goal of focusing on student voice. Season two will feature students interviewing education experts, getting to the core of their student and parent questions.

9. We had a fun, virtual Podcast Launch and Family Dance Party to celebrate!

Other resources to check out:

To stay informed about the To The Core Podcast and other educational articles and supports for PK-12th grade parents, please click here.

Photo by Will Francis on Unsplash

← 6 Things That Are Keeping Parents Up This Year Pop the Confetti! We Are Celebrating Our ONE Year Anniversary. →