What Exactly IS the Winter Solstice?

What Exactly IS the Winter Solstice?

(and how do I explain it to my kids?)

You may have noticed that the days are getting super short lately and the night is creeping in on our days earlier and earlier. Especially if you live in one of the upper latitudes, you can really feel the onset of winter in just a few days. But fear not! December 21st is the winter solstice, which is the astrological first day of winter AND the shortest day of the year, which means that the days will gradually get longer and longer. This event might bring up some questions for your kids or perhaps you want to use it as a learning opportunity over a conversation at the dinner table. We’ve simplified some research and some winter solstice activities to help you navigate what can seem like a complicated topic. Happy Solstice, folks! 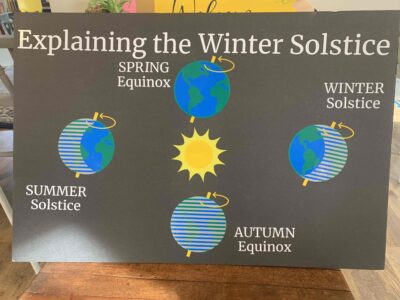 What is the Winter Solstice? 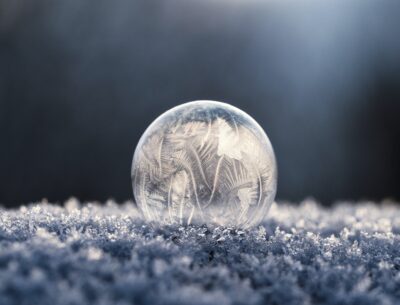 The winter solstice is the shortest day of the year, where exactly half of the earth is faced away from the sun. It usually happens on December 21 or 22 in the northern hemisphere and in June in the southern hemisphere. This is different than the meteorological beginning of winter, which marks the beginning of the winter season (it is December 1 and is based on temperature and climate information).

Whew! And burr. The good news about the winter solstice is that the days will continue to get longer and longer. And a cool fact: if you live north of the Arctic Circle, you actually have no sunlight on December 21. And we think that we have LONG nights and short days!

Cool Winter Solstice Activities to Try With Your Kids

Check out your L-O-N-G shadow.

If you go outside at noon on December 21 and look at your shadow, you can actually see the winter solstice. Well, kind of. If you see your shadow, you’ll notice that it’s tall! Your shadow will be the tallest it will be throughout the year on the day of the Winter Solstice. You can find more on this activity from National Geographic Kids. 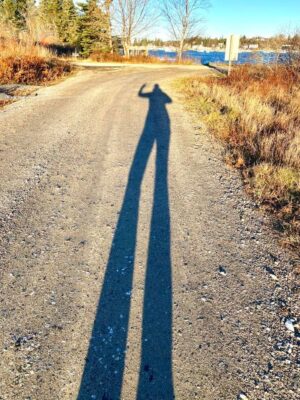 We curated some great ideas for you and your kids, like this one that uses tracing paper and a battery-powered tea light, this luminary that uses a hole-punch and a paper cup or toilet paper tube, or this ice luminary that you can make using bowls, water, and the weather (or your freezer). The teachers of The Community Classroom opted for paper bag luminaries (see the photo below—credit to Chris Webster). 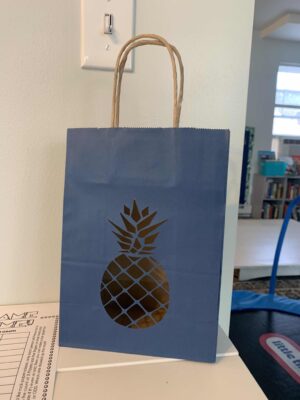 So many cultures for so many centuries—even millennia—have been celebrating the winter solstice. It’s mindblowing to think of how it was held up as a special day with people who didn’t have access to the same technology we do today. The Nazca Lines in Peru, which are carefully and gigantically sketched out animals and patterns (created in 700 AD) have points that line up to the horizon during the winter solstice. Egypt’s Temple of Karnac was built to align with the winter solstice (and it was built 4000 years ago!). And don’t forget about Stonehenge in England. 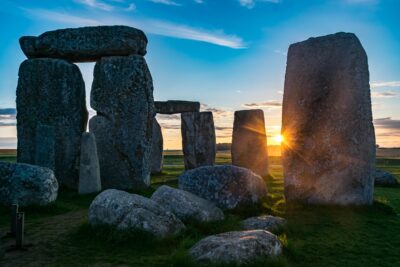 Grab a few boxes from all the Amazon packages that have been showing up at your house and let junior develop their own historic development to celebrate the winter solstice. Or try it with a paper plate, moss, a glue gun (adult supervision needed), and some river stones (see below).

You might not be able to see the longer days right away, but you can see them on a graph! Find out what time the sun sets on the Winter solstice, then graph the days following. You’ll see the days grow longer and longer (and throw in a little math at the same time!). You could also graph the lengths of the days. 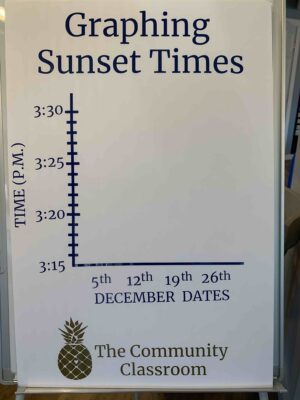 Photo of a frozen bubble by Aaron Burden on Unsplash

Photo of Stonehenge by Ankit Sood on Unsplash

Photo of the tall shadow by Sarah Fitzer Frenette

Special thanks to Community Classroom tutor Chris Mazuch Webster for her thought partnership and crafting skills.